Elma Penelope Meagher (1935–1995), better known as Penny, was an Australian painter. Penny was born in Sydney, and started drawing from an early age. She was educated at Ascham School, Darling Point and Frensham School, Mittagong. She studied economics at the University of Sydney.

In 1952, she went on a trip to London, where she enrolled at the Chelsea School of Art. From 1960 to 1962, she studied at the East Sydney Technical College, and later did a post graduate degree in painting at the University of NSW.

Married to Roddy Meagher, eminent jurist and passionate art collector; and mother to Amy, Penny continued to paint and sketch throughout her life. She became a director of the Macquarie Galleries in Sydney during the late 1960s. She exhibited only rarely, at occasional group exhibitions, including the important STILL LIFES at David Jones Gallery in 1984. 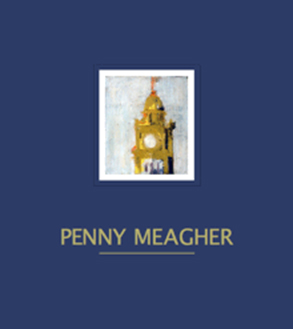